**Stateroom available form Inside to Suite

Tenerife, Spain: Looking for a holiday that combines culture and exploration with comfort and relaxation? Tenerife is a true slice of paradise. Explore its foodie treasures, tranquil sunsets burning with tones of pink, orange and yellow and put your underwater camera to good use. There are countless experiences to be had, yet also peaceful and idyllic with sparkling waters and powder-soft sand.

Visiting the largest of the Canary Islands, our Tenerife cruises bring you close to one of the world's most dramatic and varied landscapes, ranging from verdant valleys and lush plantations to glorious beaches, vast pinewoods and the volcanic `moonscape' of Mount Teide National Park. Tenerife's cruise port Santa Cruz has grown from a fishing village to a splendid city with classy bars and restaurants, varied shops, fine architecture and interesting museums. With our cruises to Tenerife the action begins right outside the port gates, where you will find a caf-lined boulevard leading to the Plaza de Espana, at the heart of the port's main shopping area. Look out for bargain electrical goods and cut-price CDs, Tenerife's speciality. Prefer museums and galleries? Try the Museo de Bellas Artes, which contains works by Bruegel, or discover the island's history, topography, flora and fauna at the Museo de la Naturaleza y El Hombre.

Madeira, Portugal: When you embark on one of our Madeira cruises it will become clear why this destination is known as the Garden Island - it is simply awash with colour from a breathtaking display of sub-tropical plants and flowers. So it is hardly surprising that large and colourful flower markets are one of the most arresting features of Funchal, Madeiras capital.

Cruise visitors here will discover that the market town is easily walkable although, the further inland you explore, the steeper and narrower some of the streets become. Locally made wicker furniture, lacework and tapestries all make good buys along with the ubiquitous Madeira wine. Funchal is also the base for tours to the islands botanical gardens; the fishing village of Camara de Lobos where Churchill went to paint; Camacha, the wicker centre; the levada walks, part of an ancient irrigation system; and to Reids Hotel for traditional afternoon tea, making cruises to Madeira a must see.

Perhaps the most famous association is the world-renowned Madeira wine. Fortified and bottled on the islands using specific grape varieties, Madeira wine is aged using a unique heating process and is produced in a variety of styles – from dry wines that make the perfect aperitif to sweet wines to complement desserts.

The Portuguese islands of Madeira have a long winemaking history, dating back to the 15th century when they were a standard port of call for ships heading to the New World or East Indies. Legend has it that on one particular round trip to India, unsold barrels were returned to a producer in Madeira, who discovered that their contents had improved considerably thanks to the heating of the wine by the high tropical temperatures during the trip. And so the story of Madeira fortified wine began.

Gran Canaria, Spain: The tranquil harbour, verdant palm groves and excellent climate of Gran Canaria's lively capital Las Palmas delighted Christopher Columbus when he discovered it on his famous voyage of 1492. Those same attractions now draw modern travellers keen to explore the atmospheric cobbled streets and leafy courtyards of its old quarter, Vegueta. Cruises to Gran Canaria also bring you close to Playa del Ingles, the liveliest and best-known beach in the Canaries. You can explore the stunning desert scenery of Maspalomas, or tour further afield to explore peaceful old towns like Arucas - famed for its lush banana plantations - and Teror, with its fine collection of traditional houses with intricately carved wooden balconies. Other highlights of our Gran Canaria cruises include lovely Palmitos Nature Park - set in a canyon inland from Maspalomas and famous for its vivid tropical plants, birds and fish - and Bandama, an extinct volcano set 1,900 feet above sea level, which offers panoramic views over the island.

Arrecife de Lanzarote, Spain: Lanzarote is a treat for all the senses. From artistic wonders to natural beauties, the Lanzarote brims with culture, adventure and glorious sunshine. Enjoy a number of the most beautiful destinations…Fancy tucking into some mezze at a waterfront café? Or sunbathing on Lanzarote’s best beaches? The sky’s the limit on a Lanzarote cruise holiday. There are countless cultural experiences to be had. Lanzarote offers something for everyone, including a range of beach colours courtesy of its volcanic geology.

Make the best of your Lanzarote cruise, tear yourself away from your sunbed to explore the island's spectacular moon-like volcanic landscape, best seen from the Fire Mountain in the Timanfaya National Park and famous for the fantastical shapes created by solidified volcanic lava. Camel rides are available in the park, and tours here will also take you to the lush wine country of La Geria to sample the heady local vintages. Head north instead of southwest and you will discover wonderfully verdant Haria - 'the valley of a thousand palms' and can enjoy panoramic views from Mirador del Rio. Equally fascinating is a visit to Jameos el Agua cave, an oddly shaped volcanic cave overlooking a saltwater lagoon where you will find a colony of white crabs unique to the island. With our Lanzarote cruises the choice is yours.

Fuerteventura, Spain: With its 3,000 hours of sunshine a year, Fuerteventura is the perfect place to enjoy the rays and top up a tan especially when taking into account its excellent beaches. The mix of trade winds and Atlantic Ocean swells offer the perfect mix for watersports enthusiasts, so it is no wonder that they are attracted to the island all year round. Like its near neighbours, Fuerteventura has a rugged charm found only in the bays and volcanic slopes of the Canary Islands. However, unlike the busier islands of Tenerife and Lanzarote, Fuerteventura has managed to avoid over development and still offers a great deal of tranquillity and stark beauty.

Depending on who you ask, the name Fuerteventura derives from the Spanish word for ‘strong wind’. This is debatable, but the island certainly benefits from its exposed position, which has brought about all kinds of wonderful landscapes. From miles of giant white sand dunes bordering turquoise seas at Corralejo, to the rugged beauty of Betancuria, where powerful waves have kept developers at bay, the island’s natural parks are a haven for surfers, hikers, birdwatchers and stargazers.

But it’s the volcanic interior that provides perhaps the most arresting landscapes. And if you’re worried by that mention of volcanoes – don’t be. There hasn’t been a serious eruption on any of the Canary Islands in centuries. The volcanic geology does make for amazing vistas though, especially from inland peaks such as Tindaya and the moon-like Bayuyo boilers – a chain of calderas stretching southwest from the island’s northwest corner that offer exhilarating hiking.

The best ascent is probably the Bayuyo volcano itself, 5km west of Corralejo, for incredible views across the calderas, and along the island’s entire northern coastline. It’s a 7km round trip, rising to 257m over the course of at least four hours – but the effort will repay you forever.

La Palma, Spain: Canary Island La Palma is called 'the fair isle' because of its fabulous landscape boasting a hugely diverse landscape of lush forests,  deep valleys and beautiful beaches. Santa Cruz is one of the prettiest harbours among the islands and is easily explored on foot. Make the best of your La Palma cruise and stroll along the Avenida Maritime promenade which will take you to the lovely old quarter around Plaza de Espana, Here you will find a 16th century fountain and town hall, a magnificent Renaissance church and a handicrafts market where you can pick up distinctive pottery and snack on local delicacies. As you will discover on our cruises to La Palma, the island's most spectacular volcanic crater, Caldera de Taburiente, is crammed with rare animal and plant life and has been designated a national park. Its night skies are so clear that a major astrophysical observatory has been built at Roque de los Muchachos. With such a variety of destinations to explore, La Palma cruises offer visitors here a memorable day.

In La Palma, the artisans of ‘La Isla Bonita’ produce all manner of wonderful things, from woven baskets and hand-painted pots to hand-rolled cigars and silk. The proud tradition of Palmeran silk-making stretches back half a century, as I found out at the absorbing Las Hilanderas workshop and Silk Museum in El Paso. El Paso is the only place in the Canaries that still produces silk (all the islands used to), and came to understand just how much work goes into making the best hand-woven silk.

All fares are displayed in Great British Pound and pricing is per person based on twin share occupancy unless stated otherwise. Although all due care is taken to keep information as up-to-date as possible, pricing and availability are subject to change without notice: due to varying timing schedules of supplier automated update processes; currency fluctuations; fuel surcharges or government tax & fee changes and may not be guaranteed until paid in full. Gratuities may be an additional onboard charge depending on particular cruise line selected. Please ask your cruise consultant for any clarification of Terms & Conditions.

Why Get Travel Insurance?

Arrivia Europe Ltd. ("Arrivia") trading as Travel Megastore, My Future Cruise Credit ("MyFCC"), Discover365 ("D365") and Our Holiday Centre, a company incorporated in England with company number 03793955 and ABTA numbers Y1932 and L6366, whose registered office is at The Atrium, 1 Harefield Road, Uxbridge, England, UB8 1EX. Arrivia's ABTA registration means you have the benefit of ABTA's assistance and Code of Conduct.

SOR Technology, LLC and/or any of OUR other affiliates may fulfil and/or process any booking made under this Agreement, payments for which will appear on credit card statements as "Travel Booking"

For the latest travel advice including security and local laws, plus passport and visa information, please visit https://www.gov.uk/foreign-travel-advice. The advice can change so check regularly for updates. 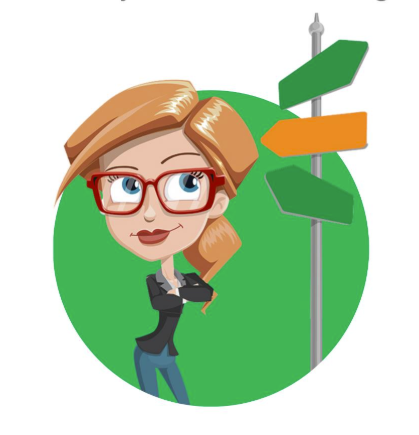 You have arrived at Travel Megastore

Switch to Stay on